Raphael Assayag, CFO (Chief Financial Officer) at the company, explains how a strategic partnership with Accountfy has benefited his department 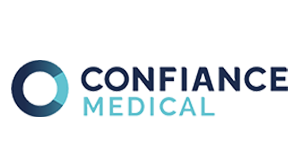 Established in 2002, Confiance Medical markets equipment used in video surgery all over Brazil. Its operations initially focused primarily on the maintenance of equipment employed for laparoscopic and endoscopic collaborative digestive surgery. In 2007, the company began venturing into R&D, and then began manufacturing medical equipment.

The first equipment the company developed with its own technology were halogen sources. In 2008, Confiance Medical became the first Brazilian company authorized by Anvisa to manufacture and market the xenon light source and micro-processed CO2 insufflator used in video laparoscopy. Later, they began producing high-resolution cameras for medical images.

Reorganization and unification of financial information

Soon after joining Confiance Medical, Raphael Assayag observed that the company’s financial department could benefit from restructuring its organization of information. To address this, the company set the following objectives:

Confiance Medical was one of the earliest clients to utilize the platform and made a proposition to make an activity exchange. Accountfy’s available functionalities at the time already satisfied Assayag’s needs so in return, the company opted to contribute to Accountfy’s growth.

With the FYIS, which had not been updated for many years, Assayag began to restructure Confiance Medical’s entire financial system by using Accountfy to organize and ensure increased safety of the company’s figures.

"I have an analyst in my team among whose goals is to reduce duplicity of reports by centralizing them on the Accountfy Platform."
Raphael Assayag – CFO at Confiance Medical

As a leader in the industry that had diversified services ranging from resale to leasing to technical assistance, across both public and private sectors, the company had a complex accounting system. Accountfy helped to simplify this structure and guide the FYIS reorganization process.

Accountfy not only helped to simplify the FYIS structure and organization of the financial data, but also provided increased visualization of the company’s financial health, fostering access for partners and the investors.

Using Accountfy’s features such as Forecasting and customizable Dashboards, as well as visual resources like graphs and indicators, it became much easier to monitor the budget. These improvements were readily aided by comparing Actual x Forecast, utilizing multiple scenarios, in addition to the production of reports for partners and the investor fund.

The company’s plan is to maximize Accountfy usage until the end of the year, concentrating the maximum data and processes possible on the platform. This way, by finishing updates for the FYIS, which includes the individualized follow-up of each area’s figures, the platform will be able to manage such information without demanding additional time from the team.

“One of the main gains we have with Accountfy, entailed by information unification on the Platform, is regarding the fast and customized access to the information. And there also the dashboards, which help a lot for ‘outsiders of the area’ to follow up on financial data”.

The plan is to maximize Accountfy usage until the end of the year, concentrating the maximum data and processes possible on the platform.. This way, by finishing updates for the FYIS, which includes the individualized follow-up of each area’s figures, the platform will be able to manage such information without demanding additional time from the team. .